Book chapter: Interregionalism between the European Union and the Eurasian Economic Union 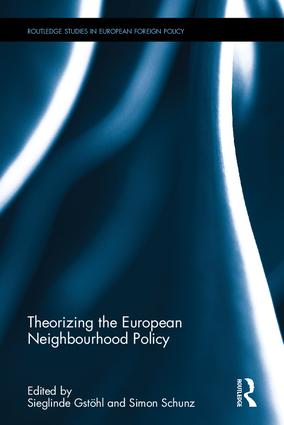 My chapter on the Eurasian Economic Union (EAEU) charts the evolution of this organisation and of its potential relations with the EU, and proposes a theoretical framework for potential EU-EAEU relations. I insist particularly on the identity dynamics of a technically economistic interregionalism. The ENP, even after the 2015 Review, remains a monist foreign policy in which other actors, partners or rivals are not factored in. For the case of the EAEU, this is a dangerous omission.

Full author’s proof available upon request; below is the introduction to the chapter:

In a 2005 article on the intellectual history of regionalism studies, Hettne (2005: 543) suggested that ‘regionalism might actually shape world order’. European reactions to the launch of the Eurasian Economic Union (EAEU) in 2015 certainly vindicated Hettne’s proposal, but in unexpected ways. This chapter thus grapples with the institutions, identities and power within the geographical space of the European Union (EU), the European Neighbourhood Policy (ENP), Russia and its ‘near abroad’. It is guided by the following empirical question: to what extent is (potential) EU–EAEU interregionalism compatible with the ENP? Theoretically, the chapter shows that the EU and Russian regionalism are largely constructed as mutually exclusive, particularly when it comes to the Eastern Partnership (EaP) and the EAEU.

Understanding identity constructions within regionalism through an ontologically pragmatic constructivism, it is argued that EU critiques of the EAEU are the pinnacle of the ENP’s disregard for the ‘Other’ that Putin’s Russia has become since the 2000s. Instead of treating the EAEU as a regionalism problem, this chapter’s multidimensional approach to the EAEU highlights some leeway for alternative strategies. By emphasizing the economic governance dimension of the EAEU while limiting Russian ideological Eurasianism, a possible EU–EAEU dialogue might seek to harness the non-geopolitical evolution of the EAEU.

This chapter’s contribution to theorizing the ENP is then threefold. First, it insists on the impact of identity dynamics between the ENP and Eurasian integration. This constructivist lens requires some methodological distance from the EU’s own legalistic approach. Second, however, the eclectic theoretical approach proposed here incorporates not only discourse and identity but also organizational ‘hard’ structures. It therefore allows a bridging of the constructivist and legalistic and institutionalist schools in EU studies. Third, by choosing an inter- regional perspective on the ENP and Eurasianism, a more universal, less EU- centric theorization of the ENP/‘near abroad’ space becomes possible.

The argument is developed in four steps. First, theoretical considerations on three complementary approaches to regionalism as well as scholarship on inter- regionalism are introduced and interlinked. Second, an assessment of EU– Russian ‘Self/Other’ constructions is established by analysing the ENP, the EaP and variants of Eurasianism. Third, the EAEU is analysed through the prism of the three approaches to regionalism: geopolitics, economic governance and global multilateralism. Fourth, the theoretical potential for EU–EAEU interregionalism and the relevance of the ENP/‘near abroad’ countries for such interregionalism is spelled out. The conclusion discusses the implications of potential EU–EAEU interregionalism for the ENP and EU–Russia relations as well as theoretical and policy implications of the findings.